This post will be of no interest to readers outside of New Zealand. I was going to write a post analyzing the different party’s policy but there’s no way I could give an objective opinion on the subject so instead I turn to wordle* to do my work for me.

First up National: Children dwarfed by schools seems a rather apt title. On the positive they do seem to be thinking about learning but not enough to be considered to be working at National Standard.

Next up, Labour. Children dwarfed by party. On a positive note the party has acknowledged the presence of diverse learners in blurb. Further development required.

Greens. Congratulations on talking about education more than your party or schools. Your next learning step is to think about using terms like engage and innovate.

Act have also chose to put education and children at the centre of their policy language. Though when it comes to autonomy is it for the child in school or for parents to participate in the free-market? 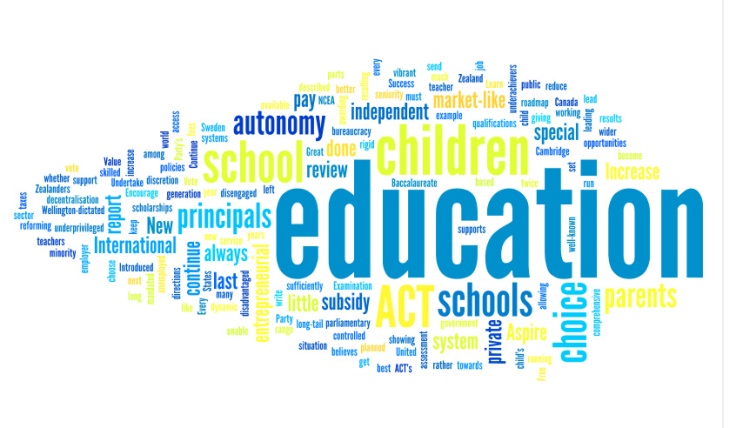 Maori Party:   I like that The Maori Party uses words like ‘promote’ ‘science’  ‘literacy’ and ‘excellence’ frequently in their document. 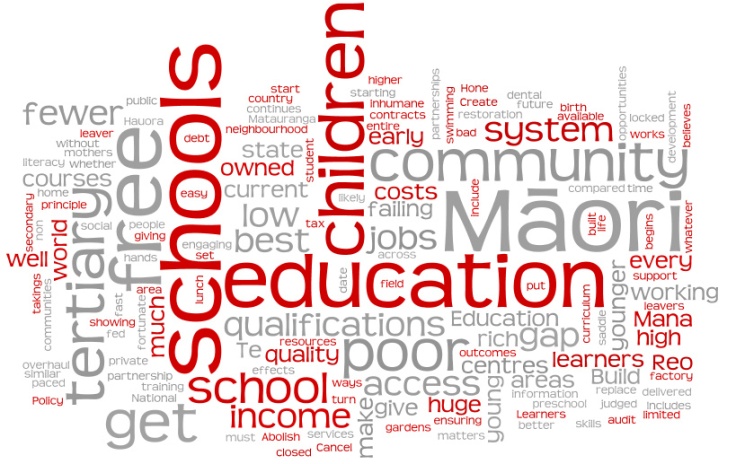 United Future. Congrats for putting students and teachers at the centre of policy language. But a major FAIL for your Effective Teaching blurb  where you list getting more males into teaching as your first priority. I did not realize that being a male was the first step to being an effective teacher. 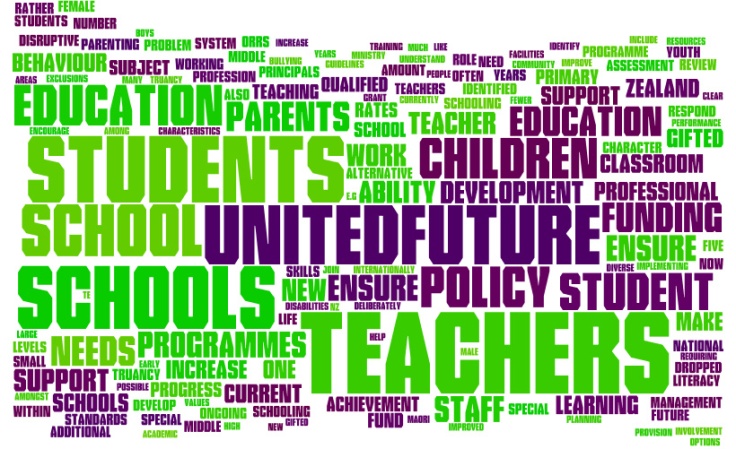 Question: Did any of the parties  bother to talk to kids about what they want from their education system or are they not important because they don’t vote?

* For those not in the know, the size of the word indicates the relative frequency of the words. The bigger the word, the more common the word is in the document. I simply cut and pasted each party’s education document into the wordle website and hey presto! Policy analysis by picture.