A few days ago I ventured out into Singapore with my class to capture different cultures as part of the My Story. Your Story. Our Story. photography project and our current Unit of Inquiry. The photos from this post are all student photos from the day. 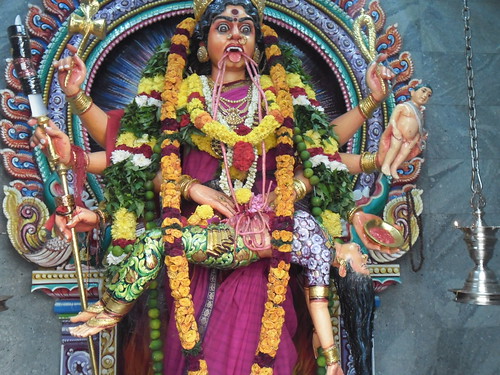 The trip involved a trip to Singapore’s cultural neighbourhoods of Little India, Kampong Glam and Chinatown as well as an MRT ride and a boat trip along Singapore harbour. This action-packed itinerary was a fantastic opportunity for my students to experience unfamiliar parts of Singapore and was one of the most rewarding days I’ve had so far in my teaching career. 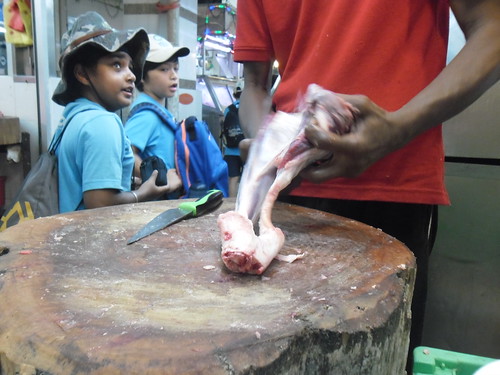 The city was our classroom and it was great to help the kids get right out of their comfort zone during the trip, visiting a hindu as well as a buddhist temple, a mosque, wet markets and a chaotic Chinatown. At the end of the day, the all the kids visited parts of Singapore they had never seen. 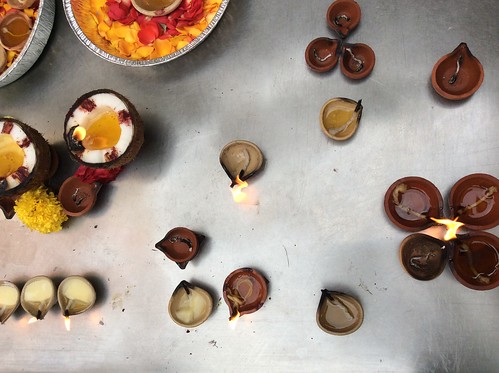 Co-construction of the route with the students – When I initially talked about the possibility of trip outside the classroom to capture Singaporean culture, the kids’ suggestions were Sentosa, Singapore Zoo, Universal Studios and Jurong Bird park. They weren’t able to make connections between their knowledge of culture to their experience of Singapore. So we took a step back. We talked about what was a culture and the kids were able to identify foods, religion, art, celebrations, language as markers of culture. The kids then researched Singaporean versions of cultural markers and where we might find them, before they went on the trip they knew what they were looking for. 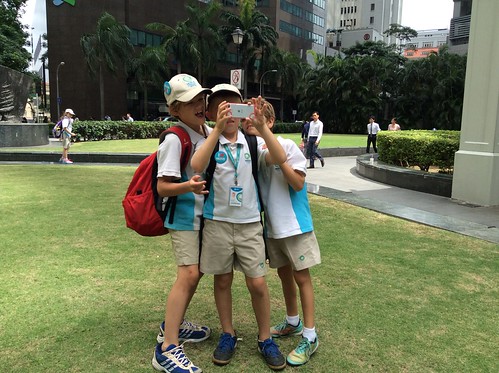 iPads need to go with the kids  We took our set of classroom iPads as well as some point and clicks for the kids to use on the trip. It can be scary letting the kids loose with technology but really there’s no point in buying these devices if they don’t get used. I purchased some ziplock bags for the cameras and iPads and the kids came up with their own rules around use. 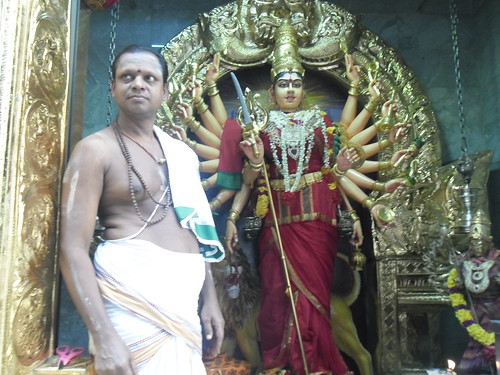 If you want to go far, take one class  no way would we have covered as much ground as we did with more than one class. Why do we assume every class studying the same unit has to do the same thing at the same time? 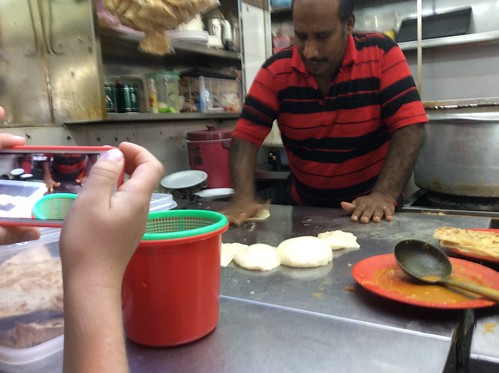 Seeing the kids using those PYP attitudes on the wall Asking a stranger before photographing them or their stall, being tolerant of others beliefs, giving new food a go, following directions, committing to walking through the streets of Singapore in the tropical heat. 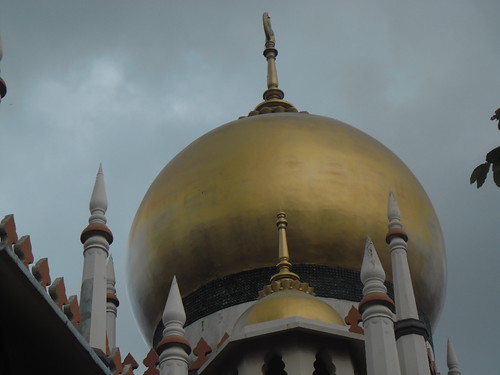 Taking time to eat, drink and reflect – During the trip the students tried new foods – Indian sweets, Chicken mutrabak and egg prata. Our snacks were consumed on pavements, stairs or the side of the street. This added to the experience of urban exploration and gave us a chance to talk about what we had seen. 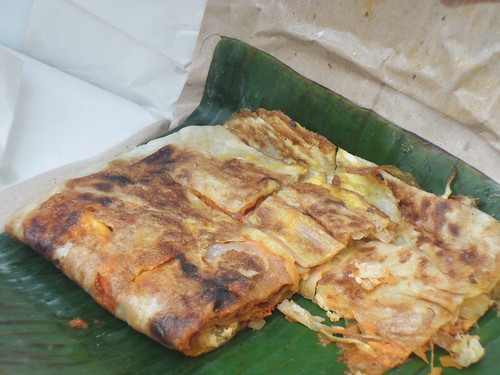 Not being the expert. I love how my classroom assistant talked to the kids about Hinduism when we visited a temple. They learned about islam from a guide in the mosque. Learning involves connecting with the community around us. 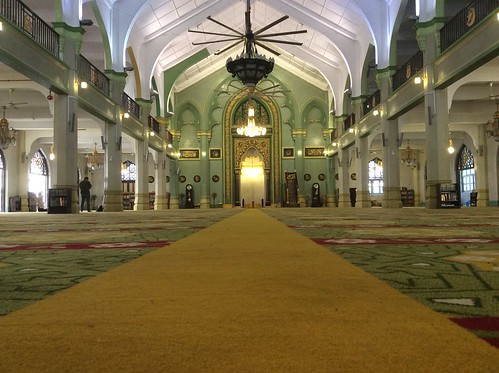 Planning, planning, planning – While I relished the opportunity to do a ‘new trip,’ with a small number of kids a lot of preparation went into this trip. Principal sign offs, risk assessments, transport bookings and that’s not counting the weekends I spent walking routes. In fact on the weekend before my trip, I bumped into one of my students and their family while I was doing a final walk through before the big day. The success of the trip lived on my shoulders which was both exhilarating and completely  terrifying at the same time. 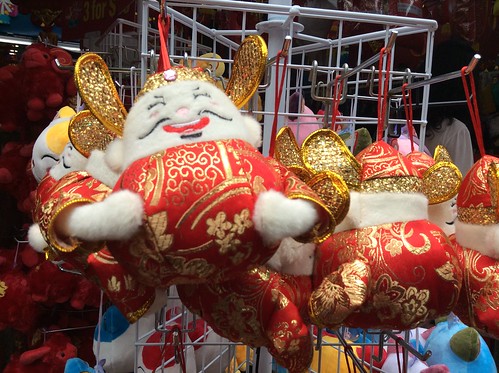 Making sure the right people have got your back Chinatown was chaotic and there were times when I couldn’t see the kids just  a few metres behind me due to the crowd. My co-teachers and a learning support teacher were in the rear while I was leading from the front. The parent helpers all stayed with the group and we stopped regularly to do a head count. The children were mesmerised by the activity, the music, the smells, they also had my phone number in their pack just in case they got lost. 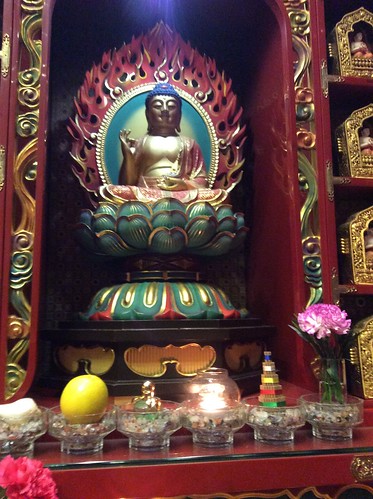 Ice-cream breaks are mandatory for a day out in the tropics  –  Some of the students in my class found the amount of walking we did that day challenging. A quick stop for ice-cream helped them through the last part of the trip. 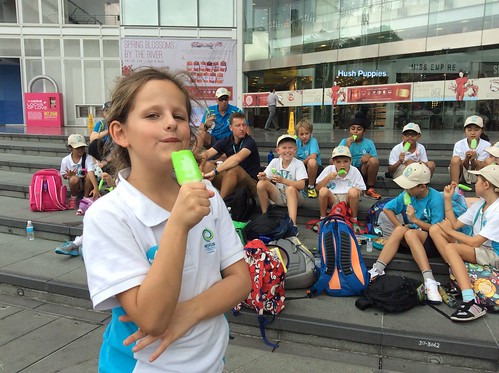 One of those days I am so grateful to be an international educator.

11 thoughts on “Bringing the classroom out into the world…”