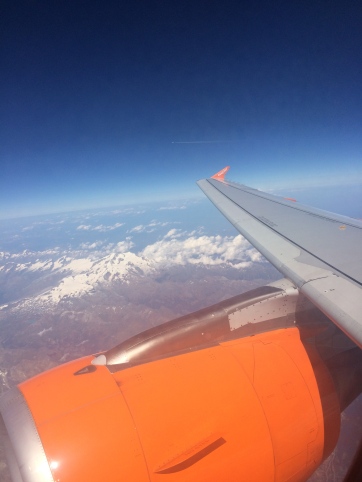 I hate these sort of lists. Ones where you claim to have solved a problem with just a few apps. But nevertheless, here I am writing one. After 5 weeks meandering around Europe mostly surviving on free wifi rather than 3G, I found these apps the most useful.

Tripit
@heymilly introduced me to trip it years ago and I am forever thankful. Tripit is a service that scans your email for plane and hotel reservations and builds them into an itinerary. The best part? It will include directions from airports to hotels. No more carrying around folders of reservations. It’s all there on your phone.

Touchnote
Why send a postcard of the Eiffel Tower back home when you can send a selfie? Touchnote is a service that uses photos from your camera roll to make an actual postcard to the folks back home and mails it to them for a Euro. Cheaper than paying for a postcard but you do miss then fun of going to a post office in a foreign country.

Eurail travel planner
Eurail uses your location to search for train routes. It also lets you know which stations you will be stopping in along the way so if you happen to step on the wrong train, you won’t lose too much travel time (though you can still end up in the wrong country).

Kindle
I love paper copies but I also hate parting with them. The result was I end up lugging around a ridiculous amount of books – 6 this trip alone. It could of been more but I had several books on the go via the kindle on my iPad. I don’t miss lugging around the large lonely planet.

Googlemaps – even offline google maps is awesome. You can save offline maps of places you want to go simply by typing in ‘okay maps’ into the address bar. Useful when you are arriving into a place and trying to find the place you are staying at.

Compass
There are some places Google Maps doesn’t reach. Like when you are flying and there’s no airshow. Time to bust out your compass to figure out where you might be based on your time and direction like they did in the olden days.

XE
Want to find out how much that taxi ride really was? There’s an app for that which works online.

City guides
A lot of cities have put out apps. I loved the Roma pass app which would give suggestions to the nearest gelateria based on my location.. ok and the important sights to see as well.

The thing about these apps is a lot of them are useful in a classroom context. Sending personalised postcards to a parent of a kid doing something awesome i is a plan. Using offline google maps for classroom field trips is something I plan to explore.

What apps do you use