Disclaimer: I stole this idea from Pana Asavavatana – please give her all credit.

I had three kids start in my class this semester. Keen to get the new  kids up to speed on iPad usage and also give some of my less confident kids a bit of a boost, I held an icon scavenger hunt.

The kids were given a list of icons and had to go into their iPads to find out where they’ve seen them and what they do.

The catch was the whole class had to know, so the quick kids had to help the small ones.

Knowing the visual ‘language’ of the iPads helped the children to make connections between apps. Having their own cheat sheet, the kids go back and start problem solving for themselves rather than running to an adult in the room enabling them gain more independence and confidence using technology.

I’ll definitely be reusing this idea at the start of the year so the kids can spend more time understanding the ‘language of the symbols’ rather than ‘how the app works.’ 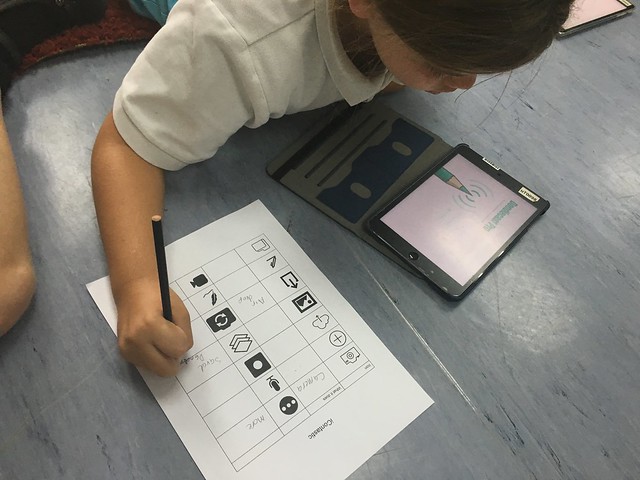