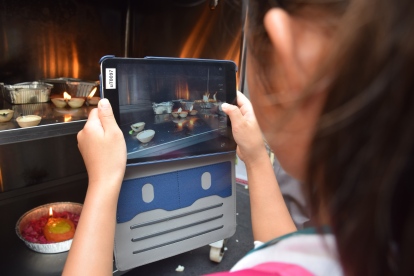 The children were thrilled to give feedback. More importantly, it was an opportunity for me to demonstrate the qualities I wish to see in my learners: reflection, initiative and the ability to take on feedback.

At this point in the year we have completed three units of inquiry:

The class was divided in which unit they enjoyed most:

“I liked that we could use our creativity and design clothes for the fashions shows
(with some inspiration ) . We got to learn about the fashion from different places and time.”

“What I liked about our unit fashion express our views and beliefs,
is we got to use our imagination to design…”

There was one unit  the children were nearly unanimous in a need for improvement – the discovery unit at the start of the year.  At first the kids were scratching their heads – I can’t remember that unit.

“Isn’t that an important thing for teachers to know?” I asked.

“by doing more of showing the other classes about it…”

“It need improvement because we did not learn very much because it felt like it flew by.”

Having a small number of units to discuss helped pinpoint areas for discussion yet the children being able to compare and contrast between units and what helps them learn best.

One thought on “What place does student voice have in planning?”