One of my students made some unwise decisions at lunch time. Anger got the better of him and he was now relegated to spending lunchtime with me. Part of my lunchtime is spent on duty in the kindy area of the school so off we went.

Initially, the boy was hesitant to interact with the younger children. But after some prompting from me – he played contentedly with the five-year-olds.

Halfway through he showed up looking wet.

“One of them poured water over me..”

“Hmm and you didn’t get angry?”

“No, it was just an accident.”

Often with boys who get into trouble especially with their anger we push them outside, working with their hands or involved in the armed services in order to teacher them ‘discipline’ and ‘respect.’

Maybe instead of only developing the ‘hypermasculine’ traits for boys who find themselves on the wrong side of anger, they also need to spend time learning to nurture and protect others. Through protecting others, the boys gain a sense of leadership through other means than physical strength and power.

“Hey that was kind of fun, those five-year-olds know more than I thought they would…”

We agreed that spending part of a lunchtime once a week  in the kindergarten might be a great way to learn how to be a good leader. 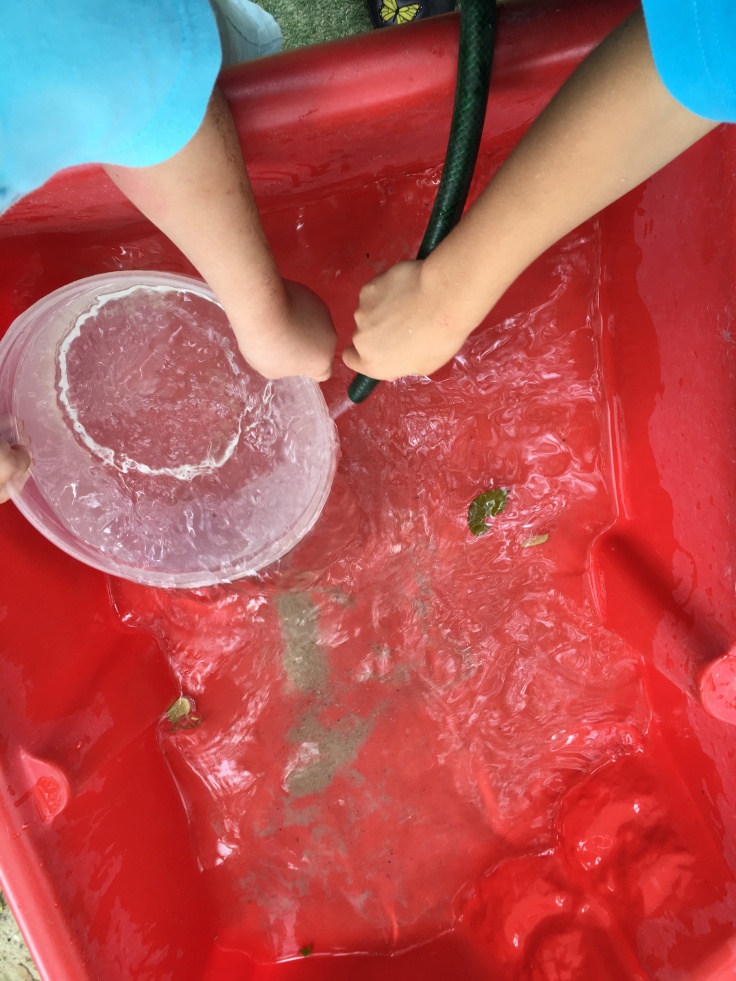