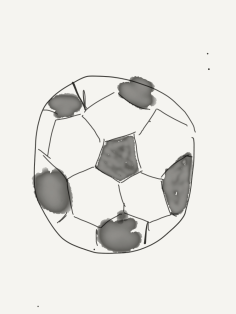 I thought I’d made it through the year without having to negotiate the football wars.

A few weeks ago, the fighting and bickering started up.

After a few weeks of increasingly frequent and lengthy restorative chats, we reached the pointy end of the process.

If you can’t play together without bickering, find something else to do at lunchtime.

It’s been a welcome respite for the non-soccer players in my class. However, the footballers have not enjoyed being separated from the beautiful game.

Yet the actions they show towards each other on the football pitch, are not the kind of actions we want in our class. I have often wondered why it is that mild-mannered kids in class and during other games become so wild when it comes to football and it comes down to this:

Not just in an ‘I hate peas’ way. They physically can’t handle losing. The children can’t see how their ‘win at all costs’ actions affects their friendships. For them, a lunchtime friendly match is a high-stakes championship final.

Having grown up and taught in rugby-mad New Zealand, soccer fights are a foreign concept. Yet I suspect the underlying cultural forces between the two codes are not dissimilar.

Next week, limited amounts of football will start up with the following rules put in place.

I suspect a few will break our rules, at which point they are out of the game for the rest of the academic year.