It starts with a binary question.

A small sentence to provoke thinking, a decision to be made. Which pot? The children record their thinking on screencasting software, we will return to thinking later. In the meantime, let’s have a go at writing ‘how to guides’ for our favourite apps so the new children in the class can learn how to use them.

The children as a group have a misconception – the conservation of energy.

What skills and the children might the children need to develop to help shift it?  I use a clip fron the Big Bang Theory and the philosophy for children to develop a question “If you connect the idea of experimenting, discovery, hypothesis, and language what does it make?” The answer is science but the conversation gently flows into “what is science? ” “What do scientists do?”  An emergent ESOL learner tracks the conversation using the Harkness method and feeds back conversation patterns to the group 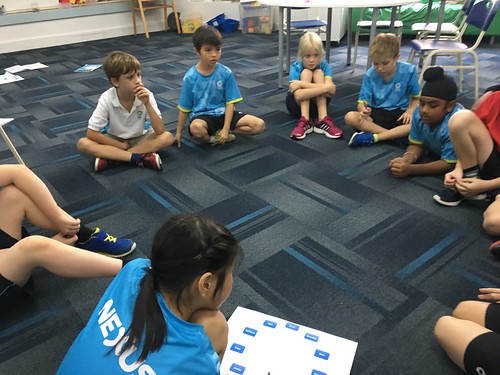 A number of stations are set up around the room demonstrate energy transfer. A wave machine made out of jelly babies (potential/kinetic) tuning forks used by themselves and at another station where the children can put the forks in water (sound, kinetic) dropping objects into the water (potential/gravitational/sound/kinetic). A candle (chemical/heat/light). The children take on the role of scientists, exploring. Documentation is a powerful part of the learning, video footage is slowed down, rewound, zoomed in. 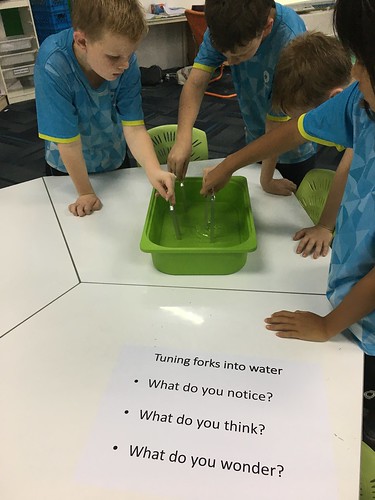 At the end of the lesson, the children discuss share discoveries they have made.

“I noticed that when I put the fork in the water, it made a wave”

“I think if we took the candy off the wave machine, it would go faster.”

An interesting hypothesis, and one the children are eager to prove. But how would we know the wave is getting faster as we take off the jelly babies? ”

“Oh, we could use the timer on our iPads.”

Gradually the children eat the jelly babies off the wave machine. The time it takes the pulse to go from one end of the wave machine to the other is recorded using a tally chart. The importance of fair testing is modeled and guided. The transfer between potential energy to kinetic energy is explained as the children re-test the hypothesis. 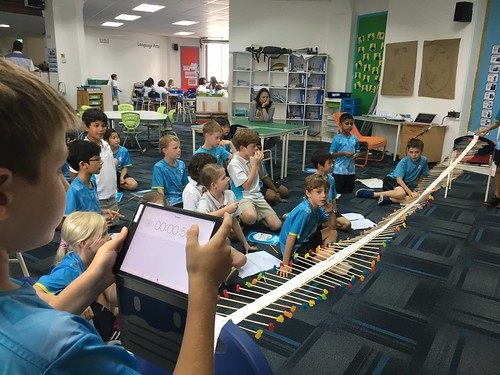 Now we’ve made this amazing discovery, what might be our responsibilities as scientists to our community?

“We could teach others.”

“Write down what we did, just like those ‘how to guides”

There are 3 other classes in the year group. If there are 3 stations in each class, how many skewers, jelly babies, and tape will we need for each group to teach the other classes and how much will it cost?

You know it's going to be a good day of learning when these are your supplies pic.twitter.com/e5HKETc8zd

The children decide to use book creator to make their how to guides. They ask to build smaller versions of the wave machine, to understand how it works better. Multi media helps the children to develop their writing.

Making and then creating – oh we should have take pictures at every step #nexuspyp pic.twitter.com/BMvZkNciBL

The books are ready, the classes others are assembled into groups with their materials. The writers, can only watch and take pictures as the other children use their instructions to make their own wave machine 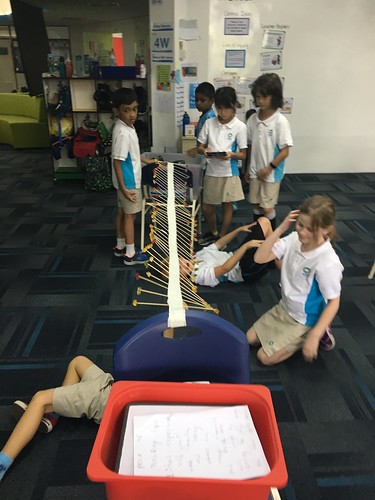 “I thought my instructions were good, but the group didn’t put the tape on both sides”

“My group didn’t even read the instructions.”

“It was hard not to tell the group what to do.” 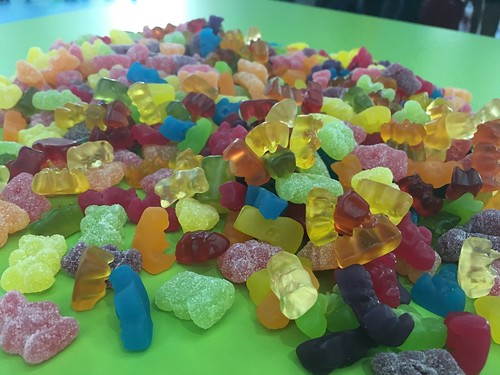 Inquiry looks like a dance between the teacher and the learner. Guided by observations, documentation, and reflection to give structure to learning. Some steps will be learned just in time, some before and others the event.

But as teachers, we need to remember that not all units will dance to the same beat.

2 thoughts on “The dance of inquiry”