I thought I was doing my part to help educate confident girls who were able to speak up, advocate for each other and challenge ideas.

I thought I was educating boys were empathetic listeners and a sense of fair play.

Yet when I started to examine what was really happening in my classroom, the reality was that my good intent was not good enough. 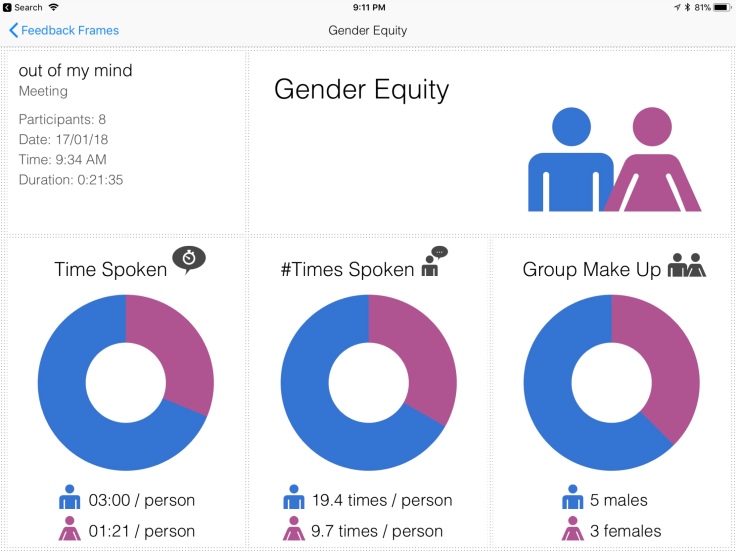 Those same patterns of men dominating workplace conversations were alive and well in my Year 4 class.

Over the last few weeks, I’ve been using an iPad app, Equity Maps, during literacy circles.

The app builds on the Harkness method where teachers track the conversation using a pencil by enabling teachers to record instances of interruptions, off-topic discussions, text references and posing questions by each participant. The app renders this data into graphs which I shared with the children. 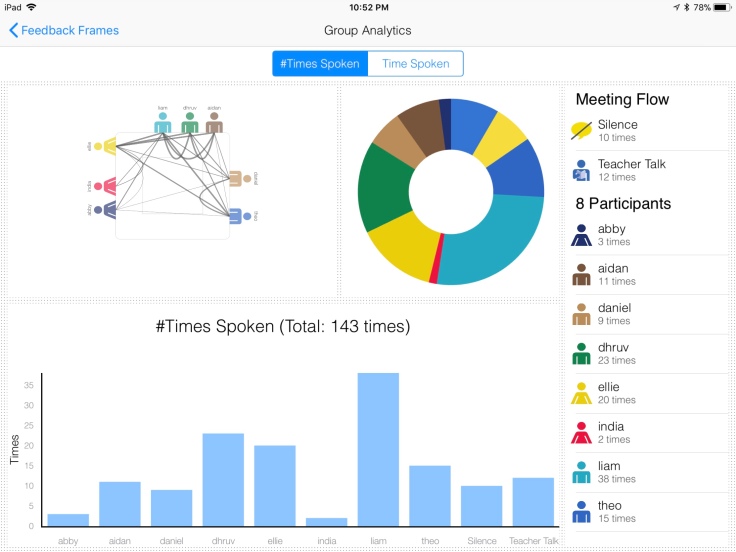 By making the data explicit the children noticed:

As a teacher, I realized those long silences weren’t all that long and tried to make it a goal to talk less.

The children noticed that the placement of the teacher was creating a barrier to communication. 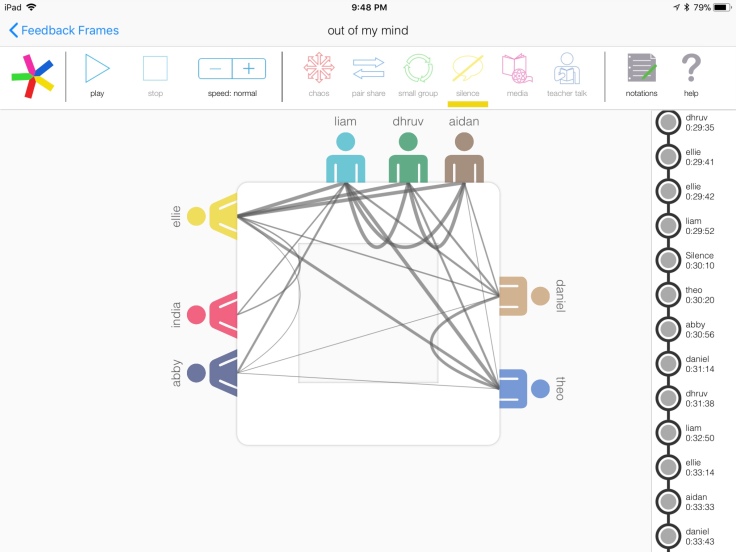 Rather than doing all the heavy lifting, I posed a problem to the group.

How could we fix this inequality?

Over the last few weeks, the children came up with a number of suggestions.:

As a teacher, I was also concerned about how to improve the quality of the interactions. Building on Ron Richhart’s understanding map, I modeled the use of some specific phrases the children could use to help them develop their thinking in a group situation.

After modeling a specific phrase, I leave the sentence starter for the children on a whiteboard middle of the group. I also recorded instances where the children were using the phrase in our app.

As a result, we’ve made some improvements to our literacy circle both in terms of ensuring gender equality. 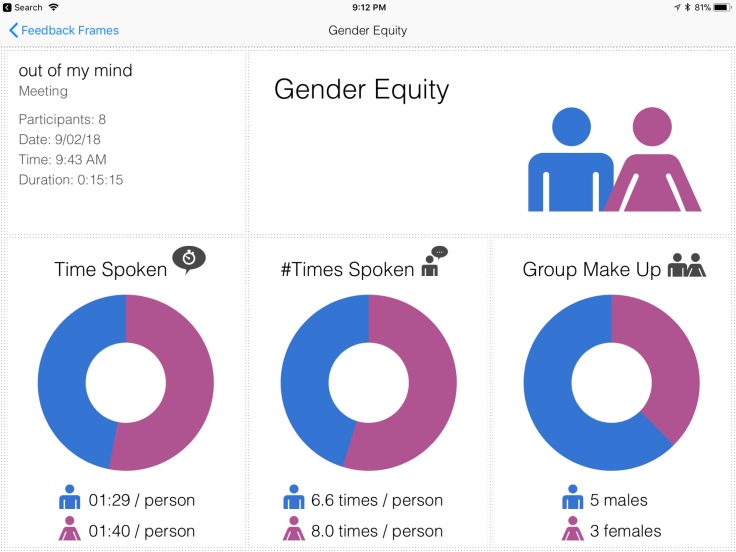 As well as improving the range of interactions across the group. The teacher presence outside of the group helped close the gap in communication. 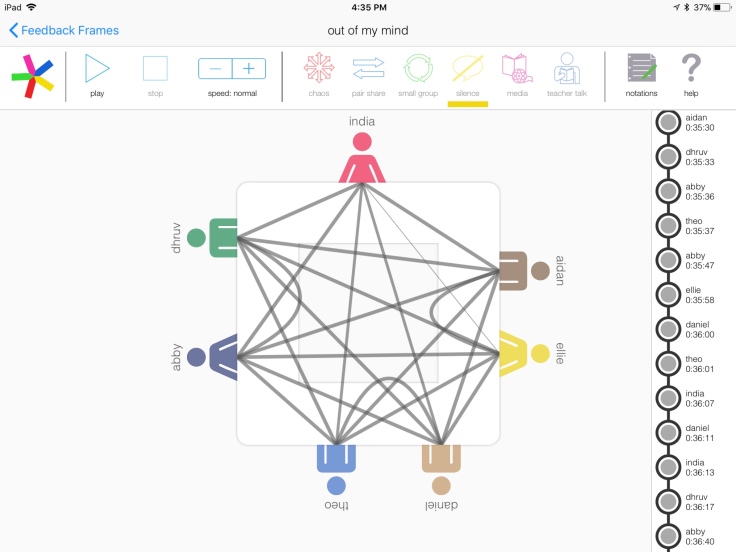 While the children are always curious to see the data,  I take time to discuss with the children what they think happened first.

The children’s observations are usually accurate of what happened in the group discussion. Yet it took the collection of the data to give voice to our noticings. Being able to record behaviors such as posing questions and use of ‘thinking language’ helped children to look not just at the quantity of the interactions but the quality as well.

Like so many things in education what gets measured gets done.

By not taking time taking time to notice and name inequalities with the children, I was creating an environment where girls were not speaking up and boys were not listening. In fact, I was part of the problem. I didn’t realize how much I was talking and that my presence inside a group was causing less interaction between the children. More importantly, I had to stop assuming that because there was talking in class meant the children were learning how to speak.

Oral communication doesn’t just happen it must be modeled, guided and assessed.

The data became a catalyst for the children to start making their own decisions about how they needed to take action.

Which I hope is the final lesson we can learn on International Women’s Day, equality in our classroom is everyone’s responsibility.

2 thoughts on “Do our classrooms challenge gender norms or reinforce them?”