When schools are asked how they include students in decision making, they often point to student council as an example of students having voice and choice in the running of a school.

This mirrors what happens out in the ‘real world’ we vote for representatives and then entrust them to lead and make decisions on our behalf. In schools, we pin a badge to children who win an election of their peers and they become student councillors.

Yet if we look critically at student council, it rewards

Who student council doesn’t work for:

After a number of years of  the teacher in charge of the student council,  the same patterns emerged: 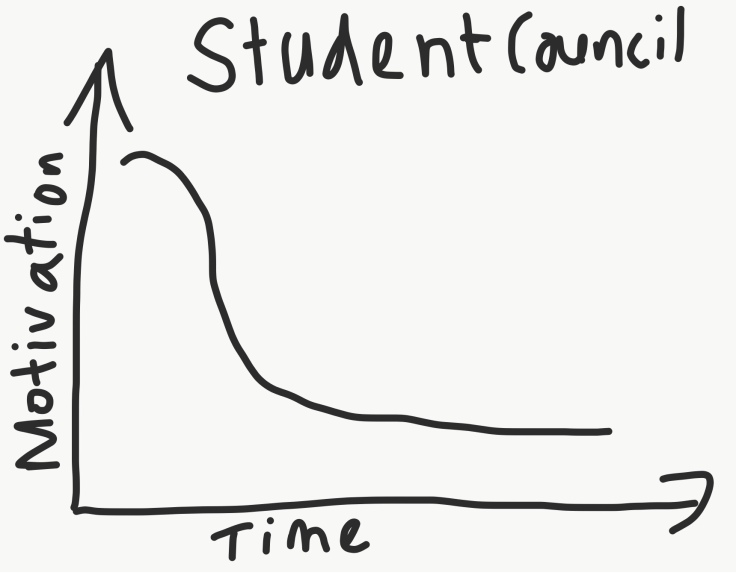 It can be easy to place the blame on individual kids – the child didn’t understand the commitment. But it could it be the structure of the council?

Leadership isn’t about putting a badge on someone and calling them a leader. It’s about the little actions all of us can take to improve our community.

Instead of having an elected student council with a dedicated meeting time, our school stopped having elections and said anyone with an idea can show up and get support from a teacher during the time we dedicated for student council meetings. This support might be:

By taking away the election element, children are coming to meeting time with a clear idea of an action they wish to take:

What you might notice is the old standard of adults selecting charities and actions where learners are participating through buying and consuming more, we are encouraging to the children to think more carefully about how their proposed action align with their purpose.  This required some scaffolding to shift learners thinking away from the traditional bake sales and dress up days.

With the PYP enhancements, we are able to break down actions even further. This helps learners develop an understanding that the high profile actions that their peers are showcasing are the result of many smaller actions. 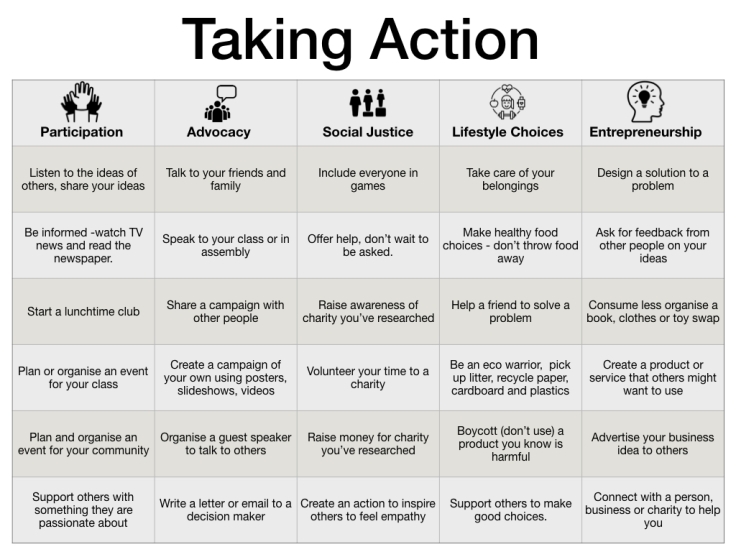 A child’s idea might need support for just one meeting or over several months. Some ideas flounder through a lack of interest and ongoing commitment.

What we are not doing is wasting children’s time by asking for a year-long commitment to attending student council meetings.

By keeping the focus on supporting action, interactions between teachers and students are focused on supporting children’s ideas rather than on meetings and procedures.

Weekly meetings with elected representatives may no longer ‘tick the box’ of the traditional student council. However by moving to a more participatory model, our learners are choosing the causes they wish to support and identifying how the actions they take at school can make a difference globally.